With the rise of both 4K and virtual reality, the time is upon us for Microsoft and Sony to start bragging about who does it better. While Sony has a lead with PlayStation Pro and PSVR, Microsoft doesn't seem to worried. The reason? Xbox 2 (Project Scorpio) is going to be the only console capable of native 4K resolutions and what Microsoft calls "hi-fidelity VR."

Today we're taking a look at what these terms mean, and how they give Project Scorpio/Xbox Two an edge over the competition, despite the year-long gap between it and PS4 Pro.

Microsoft has seen fit to update their Project Scorpio page with new information about the upcoming console. On this page they promise, among other things, "True 4K Gaming" and "hi-fidelity VR."

Okay, nice terms, but what do they mean? Let's break this down:

One of the criticisms people have for the PS4 Pro, is the fact that it doesn't naturally run games at 4K. Instead, it takes a 1080p image and pushes it up to 4K in a process known as "upscaling." While this is still technically 4K, it's not the "true" 4K that Microsoft is promising.

The reason? You need some serious horsepower to run games at native 4K resolutions. I suppose that's why they're promising that Xbox 2/Project Scorpio will be the "most powerful console ever made."

2. Hi-Fidelity VR
This one is a little fuzzier, but we can take some information away from the terminology they're using. This is probably a shot at PlayStation VR, which is certainly impressive, but not quite up to the specs boasted by Oculus Rift and the HTC Vive.

Microsoft hasn't officially said which VR headset Scorpio will be using, but it was announced that they are developing VR headsets for Windows 10. These headsets will start at $299.

These headsets will have inside-out tracking sensors that remove the need for cameras or laser systems that are typically used to track room-scale VR. The headsets are being made in conjunction with several Microsoft partners including HP, Dell, Lenovo, Asus, and Acer.

So it looks like Microsoft will be hosting multiple VR headsets for use on Windows 10. Beyond the starting price, nothing else is currently known about these headsets. Despite Microsoft's work with Oculus in the past, they were surprisingly absent at the announcement event.

The definition of hi-fidelity VR is something that has yet to be set in stone. Virtual reality is such a new concept, it's hard to really define what makes one better than another besides hardware specs. That being said, the focus on room-scale could be a strong indicator for what denotes a hi-fidelity headset. 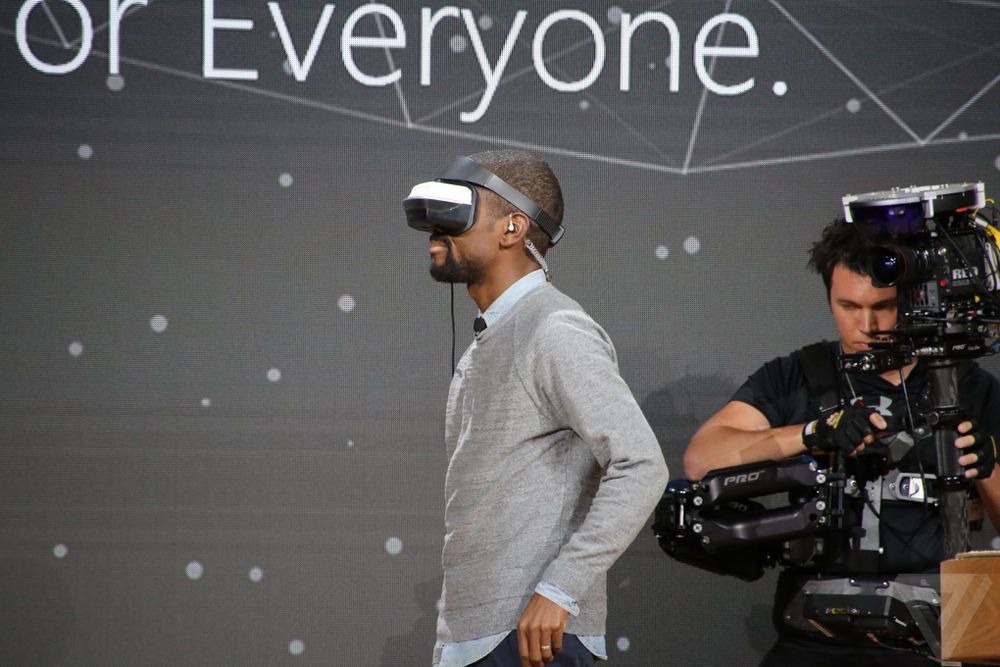 Given these lofty promises, how is Microsoft planning on delivering them? Well, according to them, things are moving along nicely. Phil Spencer, Xbox's boss, was on Twitter saying:

"I'm in a day-long review of where the team is on Scorpio right now. Amazing progress and we are feeling good about schedule."

According to Spencer, the team is actually a little ahead of plan, but there's no word on whether that will expedite the release date. One can dream, though. From what it sounds like, Microsoft is moving right along with their plans.

Of course, the true test will be how they put all of this power to use in their new console. Thus far, PlayStation VR has been enjoying great feedback from gamers who cite the unique game experiences as the headset's strongest feature.

Despite having higher hardware specs, the Oculus Rift and HTC Vive are both lacking in terms of compelling content. That will be the biggest factor when Xbox 2/Project Scorpio releases. It will also be interesting to see how the native 4K affects purchasing decisions.

And let's not forget that Sony opted not to place a 4K Blu-Ray player in the PS4 Pro. Microsoft hasn't confirmed this yet in Scorpio (Xbox 2), but they do have one in the Xbox One S, so it's a pretty safe bet.

What do you think? Could Microsoft retake their throne with Xbox 2 (Project Scorpio)? With the right features and price point, it could be a possibility! Let us know what you think in the comments!