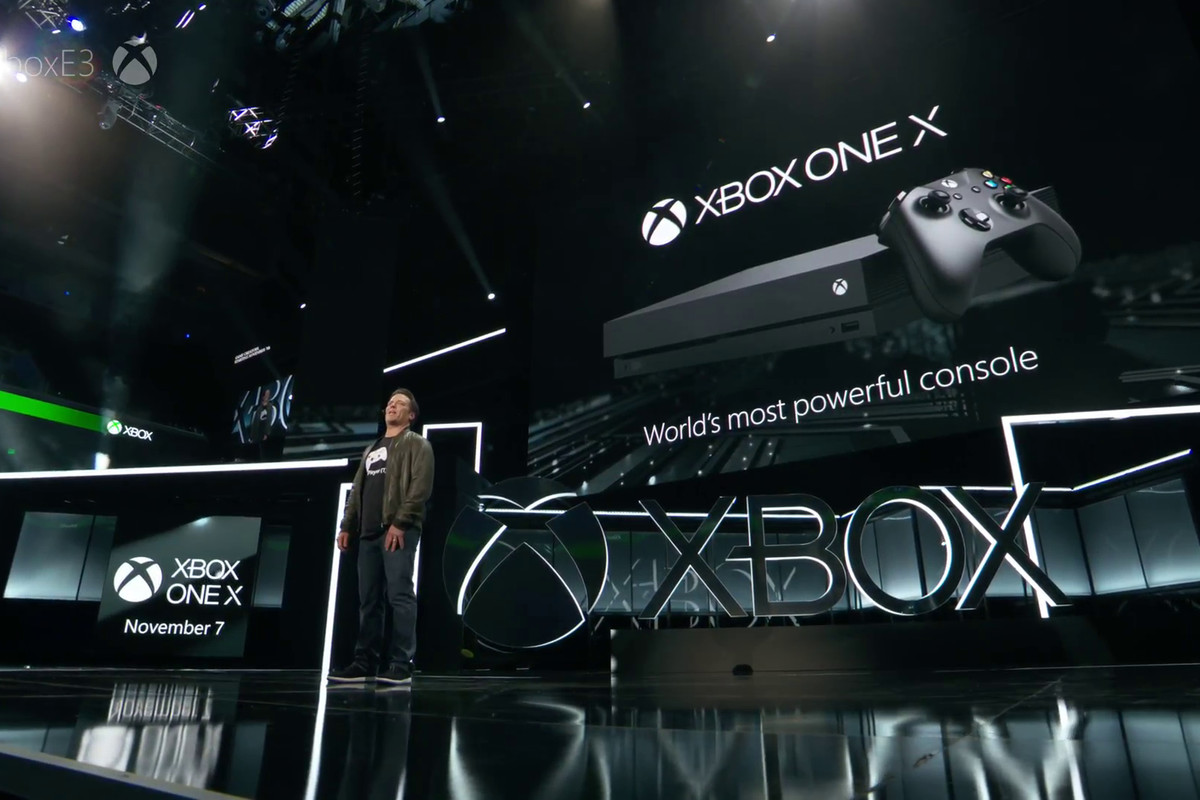 Microsoft's E3 2017 press conference was amazing this year. After a few rough years and some rough patches with Xbox One, they've brought the heat, and more importantly, a final name for Project Scorpio. The new console from Microsoft is called the Xbox One X, and it is the most powerful console ever made.

Not only did they finally confirm the release date and price of the new console, but a slew of new games were revealed as well! Join us as we look at the top highlights from E3 2017!

Microsoft's E3 2017 briefing opened and closed with Xbox One X, the final name for Project Scorpio, and the most powerful console ever built. The console will be released on November 7th, 2017 for $499, which is a much lower price than we expected here, but we're not complaining.

As promised, the console delivers true 4K resolution, 4K assets, 60 FPS, and enhanced graphics. With six teraflops of power under the hood, and some of the most innovative design we've ever seen in a console, the odds are looking good for this future Xbox system.

The system also sports 12 gigabytes of RAM, with a 326 GB/s bandwidth. Not only that, but it works with all of your current and future Xbox One games and accessories. Furthermore, your current library of titles will enjoy things like faster loading times, anisotropic filtering, and enhanced visuals. Supersampling is also confirmed at a console level, which provides image quality enhancements for 1080p television owners.

Combine this with the innovations in power management, and the liquid cooled vapor chamber, and Xbox One X is truly the most powerful, and innovative, console ever made. Top this off with the fact that it's also the smallest Xbox console ever, and you have one of the most exciting consoles ever built.

So, beyond the new console, what games did Microsoft announce at their conference? Let's take a look at the biggest highlights!

Beyond the unveiling of Xbox One X, Microsoft's press conference brought the heat with the games. We've all been worried about how Microsoft was going to progress with their game development, what with the cancellations and all,, but at E3 2017, they brought some great games to the table. Could this be the future of gaming? Let's take a look!

The first game they announced at E3 2017 was Forza 7. This game is going to run at 4K resolution and 60 FPS on Xbox One X, and it also uses enhanced graphics and weather affects to make the racing more exciting than its ever been.

This portion of the conference also revealed the newest Porsche car for the first time, both in real life, and in the game. They showed an excellent demo of the new game with this new car, an d announced that the game would be coming out October 3rd, 2017. The updated graphics for Xbox One X, the dynamic weather, and the extra smooth framerate all look like excellent reasons to upgrade to the new console.

The next game they announced at the Microsoft Briefing was a new game from 4A games, the developers of the Metro series. In the past, they had Metro 2033 and Metro: Last Light. This new game, Metro: Exodus, is an excellent new entry in the genre. The game looked incredible running on Xbox One X, with exquisite graphics and a bigger post-apocalyptic world than ever before.

After taking a year off, the Assassin's Creed series is back. The new setting is Egypt and the game is Assassin's Creed: Origins. This is the beginning of the brotherhood, the origins of where they came from. It's an exciting take on the series and it introduces a number of different mechanics that we've never seen before.

For example, the Eagle Vision involves using an actual bird to spy for you, and the combat looks like it is more fluid than ever. Color me interested, but this looks like an excellent reboot for the series. It releases October 27th, 2017.

The popular battle royale game on the PC is coming as a console exclusive to Xbox One and Xbox One X. The game pits 100 players against one another and sees who can survive the gauntlet. It's supposed to be coming to consoles for the first time in late 2017.

This new game announced tonight looks to be an exploration game similar to Minecraft that allows you to team up with up to 3 other players and mine, explore, and survive. The game seems to have resources, guns, and other interesting elements that help it stand out from the rest. Should be interesting!

The original State of Decay was a solid zombie game, but it looks like State of Decay 2 is going to up the game with some new mechanics to make the base-building more interesting. it also seems to have more multiplayer elements. The trailer also confirmed the existence of cures that can be used to keep other players from turning.

It's certainly interesting, but we'll have to see how it manages to change the genre when it releases in Spring of 2018.

This demo showed a multiplayer game that looked like a brawler like Overwatch, but it seemed to have some connectivity with the chat, which would allow players to change the game while they're watching. It seemed to have some fast-paced gameplay, which looked great, but it didn't show much more than that.

Minecraft announced some new updates at E3 2017, including a community marketplace. This involves player-made skins, servers, maps, and all manner of other user-generated types of content. The game will also be getting a 4K update in fall of 2017.

As if this wasn't enough, the game is also getting a "Super Duper Graphics Pack" that enhances the game's style with some excellent lighting and additional textures. Plants especially, come to life like never before. It should be an exciting time for Minecraft fans. In addition to all of this content, the game is also going cross-play.

Whether you're playing on mobile devices, consoles, or PC, the game is going to be connected on every platforms it exists on. This should open up the world like never before!

As is customary with any E3 showing, there were some montages of new games that should pop up on everyone's radar. These include, but are not limited to:

All of these look like unique and interesting titles that should mix up what we're used to playing on Xbox.

Crackdown 3 finally got a new trailer and release date. It will be releasing on November 7th, when the Xbox One X releases, no doubt taking advantage of the system's power and the ability to create persistent environments that are entirely destructible.

The new game looks like it preserves the feel of the original, so thus far, it has my seal of approval!

While the Xbox 360 backwards compatibility is pretty sweet, Microsoft also announced plans to bring original Xbox games to their current systems. Their first title was Crimson Skies, one of the best flight combat games on the system. The multiplayer alone was absolutely incredible.

I have plenty of Xbox original games I would play on my current systems, so I'm hoping more titles start getting announced very soon.

Middle Earth: Shadow of Mordor was an excellent Lord of the Rings games. The sequel, coming to Xbox One X with enhanced graphics and features, looks like it improves on the original in every way. The already impressive Nemesis system is back with even more scope and revenge-style scenarios that ever before.

In addition, the new game allows you to build an army with the Brightlord at your side, which was all showcased in an excellent clip of gameplay footage. Fans of the original, you have a lot to look forward to.

Bioware's new IP was finally shown today at the conference and boy is it something! The game takes places in a world where a fortress protects against hostile enemies, and you play as characters who can wear and utilize custom exosuits to explore the harsh world outside the walls.

It was confirmed that the suits can customized to your liking, along with multiplayer features like co-op that can bring your friends into the fight. The game looked incredible on Xbox One X, but little else is known about the story or missions beyond what we've seen.

The Xbox One X is coming, but it's not the Xbox 2. The next generation needs to wait a little longer, it seems. What do you think of these reveals? Let us know in the comments!